I Have ONE Point to Make 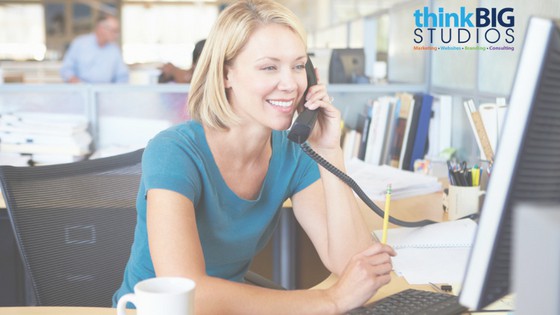 It’s not getting easier, and that won’t change. But Good News – Your Competition’s Getting Worse.

Here’s a fascinating fact from a study done on the auto industry by the research firm Marchex, who published it in an issue of Research Alert:

I want you to really think about that. Consider the implications. I know for a fact that it’s at least as bad with the majority of businesses in the fitness industry. I’m certainly willing to believe it’s just as bad in other businesses as well.

Just last month, I had someone on our team conduct our own study. We compiled a list of 30 random studios in the Oxygen network to see how things stacked up. Let me tell you, it wasn’t good. In fact, it was downright disappointing. Scary even.

Let me tell you your customers are not that persistent.

Of the 30 studios we called, we left messages with 26 – Only two returned our phone call. And trust me, we didn’t say we were from a marketing company – we started off as customers.

The scariest call was to a studio who’s message didn’t give any information about the studio, but laid out the times of when you could call back and expect to reach front desk staff. Different hours on different days, with ZERO consistency.

Only thirteen percent of studios answered their phone.

The ones who did were arguably the top producing studios in the network who understand the value of each and every phone call.

The others, It’s a safe bet: The owners were not on premises.

Do you know for a fact, your phone’s being answered by the 4th ring 100% of the time?

A bit about our work. Our work is creating marketing that drives clients to phones, customers through your doors, traffic to your websites.

The work we do is not getting easier, and it’s not going to either. In fact, if our predictions are true about the economy, the middle class, and disposable income comes true, it’s going to get super-hard to continue to bring forward incredible numbers in the following year.

Every phone call, every walk in, every click, is precious.

Hard to come by.

This is why it boggles my mind that so many studios are so carefree about disappointing anyone who is calling, coming in, or going to their website.

We conducted this mystery shopping experiment, not to prove a point, but to connect with studios and owners, and so we can get a complete view of your how your studio is run.

The two studios who did return our calls never returned them for 7 hours. Now I know, nowhere does it say, that calls would be returned promptly, however for a client who is shopping around, every minute that passes is a lost opportunity.

We all know, customers aren’t falling off trees. To get a committed customer to come through your door who is willing to spend 12 months, and $1000+ dollars in your studio is no small matter.

WARNING: If you are going to permit people to be disappointed when they call, come in or visit, don’t blame MY marketing or any marketing for that matter for your crappy income.

Part of what we do is to get people to invest in effectively advertising their businesses and marketing material. About which there ARE facts. Watching studios act in opposition of those facts is maddening – especially when it’s their success on the line.

Some of those facts are from very recent research published in the New York Times, that your customers are spending 57 minutes on average every day, on Facebook, Instagram, and Messenger.

That’s huge when you consider that that is as much time as they spend eating – 67 minutes, playing sports or exercising – 17 minutes, or reading – 19 minutes. When you really think about it, it’s a huge amount of time. During their day when you subtract time to sleep, that’s 1 minute out of every 15 minutes spent on social media. Although I’ve seen reports that claim your customers are online 1 out of every 5 minutes during their waking day.

With Facebook Messenger is see open rates as high as 80% on sent messages compared to email to your audience, which is on average 14%, and as low as 2% to a cold audience.

Facebook and Instagram users are divided 60% female, 40% male both in the age range of 30 to 50 years. – the exact age demographic for most fitness studios.

According to research from Hubspot who profiled 2200 businesses found that businesses who reached out to their customers in under an hour of their call resulted in them being 7 times more likely to sell them on the phone, with the numbers dropping drastically after only 60 minutes.

Both of these things – the mishandling of or the lack of communication with prospects and customers as marketing brings them through the doors, and advertising in media that is producing poor results could be a good thing for you. Provided we’re talking about your competition. A large percentage of stupid people can be a good thing if you know it’s your competition and you’re not one of them.

I like to make this point, use what works, and when it works, double down on it. Go all in until it doesn’t work anymore. Then find the next thing that works.

I recently urged a client we work with who has a printing company, to start producing social media videos for his business. He said: “ I talked to my business coach and was told, social media doesn’t work for our industry, it’s used mostly by nightclubs and restaurants”. — Well someone better tell VistaPrint, Moo.com and plenty of other multi-million dollar print companies that social media doesn’t work for their audience either. I just shrugged. If he wants to go against the facts, ignore the numbers and continue working on gut instinct, that’s his decision.

Without the willingness to at least try what works so well, backed by numbers that don’t lie, there’s nothing we can do. So I shrug and move on.

I’ll close with this. What’s normal and what you’ve always done doesn’t always equate to success. In fact, peak productivity, financial success, and freedom are all incredibly abnormal. It’s, therefore, super-important to be incredibly skeptical of what’s normal. You can’t get abnormal results if you’re working with people with normal thoughts and behaviour. I know people get the idea of this, but they then fail to apply it in practical ways.

If you take away one thing from this article, it’s go where the leads are – pull them in and don’t let them go, answer your phone, return calls quickly and create a culture that recognizes the value of every single contact that reaches out to or comes into your studio.

Lastly – Be abnormal, be successful.

If you want to talk about how you can attract and convert more leads into your studio, or even how you can improve your call back rates, let’s set up a clarity call to see what we can do.

We look forward to your success, in studio and online.